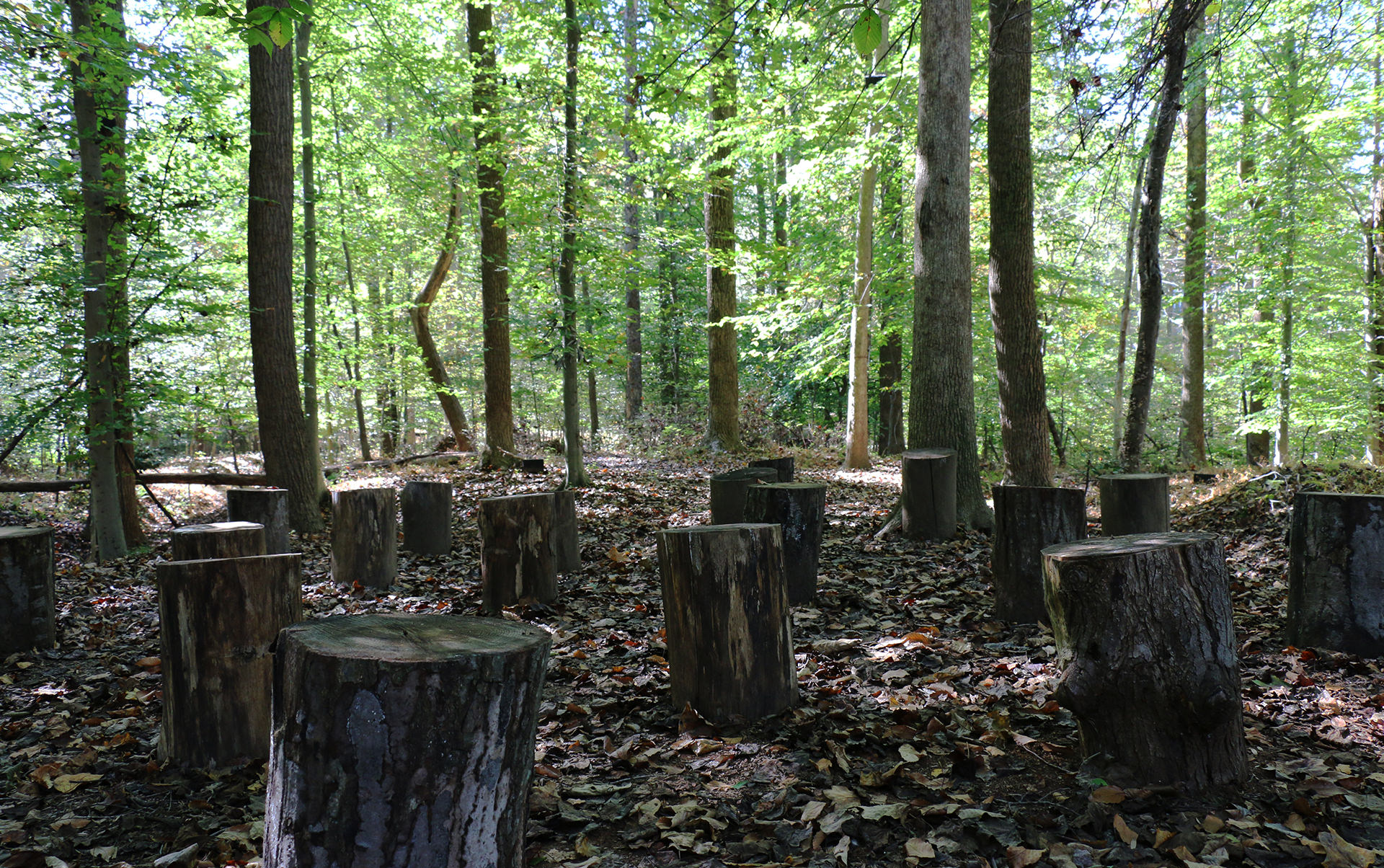 The Installation Makes its North American Debut, Integrating Art and Landscape on the Glenstone Museum Grounds.

Glenstone Museum recently opened its newest outdoor artwork, FOREST (for a thousand years…), 2012, by Janet Cardiff and George Bures Miller. Situated in the woods on the museum’s 200-acre grounds, the piece uses sound to explore history, memory, sensation and site,
evoking what a forest might “hear” over the course of hundreds of years. The work is being shown for the first time in North America.

FOREST (for a thousand years…) uses more than thirty carefully calibrated speakers on the ground and in the trees to create an immersive “dome” of sound. The artists gathered sounds from around the world to create the 28-minute loop, including rustles and calls of wildlife on a wooded Canadian island, the clamor of historical re-enactors on a European battlefield and the voices of a choir singing the work Nunc dimittis by the contemporary composer Arvo Pärt. Visitors reach the work by passing along a secluded path to a small clearing, where stumps carved from Glenstone trees serve as seats.

“Janet Cardiff and George Bures Miller are artists whose deeply thoughtful and moving works expand and redefine the possibilities of art itself,” said Emily Rales co-founder, director and chief curator of Glenstone Museum. “We are thrilled to have acquired one of their most ambitious and significant works, which is perfectly suited both to the nature of Glenstone’s collection, with its emphasis on historic turning points, and to Glenstone’s commitment to blending art, architecture and landscape into a single, encompassing experience.”

FOREST (for a thousand years…) was presented at Documenta 13 in Kassel in 2012. The installation will be open on all visitor days once the Pavilions open in late 2018.